List of best augmented reality apps for Android and Iphone

The selection of AR apps is different in categories, there are both premium and paying offers from a variety of big developers and smaller ones, but sometimes choosing which apps are worth your smartphone or tablet’s is tougher than using the apps themselves.

Here is our top pick for the best augmented reality apps available at the moment, whether you’re searching for iOS or Android apps.

Pokemon Go may be the hot new thing for Niantic, but Ingress (Android, iOS) is where the company first pioneered its GPS augmented reality gameplay. A massively multiplayer augmented reality game, Ingress has players joining rival secret societies to fight for control over "Exotic Matter" (XM) leaking into our world around landmarks and famous buildings, all while a science fiction thriller story unfolds. Using mobile devices, you travel to real world locations to gather "XM" and gain control of portals around buildings and landmarks. Fly the flag for the Enlightened or the Resistance in a game that encourages you to explore the world around you.

And while the latter two might finally be taking shape, AG is still some way behind.

Of all the attempts to blend the boring real-world with a splendid smartphone game, Ingress has achieved the smoothest and most effective set of mechanics we've seen so far.

It's still very much a niche within a niche, and only a hardcore fan base is likely to support it, but those fans will have a fantastic time running around in its blurred sci-fi reality.

Compared to a lot of other free augmented reality apps, Layar is competently and attractively designed.

The way it augments data into the camera's view of the world is similar to Wikitude. You select a 'layer' to add to your camera and this will display the points of interest. The layers include accommodation, entertainment and lots more.

Some layers are paid-for, but most are free. In a similar vein to Wikitude, the layers are created by third parties and other uses, so this is a service that is heavily dependent on outside contributions. Bored of taking pictures with your smartphone or tablet camera? Well Blippar aims to offer something a bit different for you to do with that snapper.

What is Blippar? The firm has created its own dictionary style entry to explain: "Blipp v. & n. blipp-ed, blipp-ing: the action of instantaneously converting anything in the real world into an interactive wow experience.

Blippar makes use of the camera on your smartphone or tablet and presents an augmented reality experience on the screen. It goes much further that the boring QR code. HP Aurasma is changing the way we interact with the world. Discover augmented reality experiences, create your own Auras, and share with friends.

Google has updated its flagship translation app with new tools that promise to help even the most monolingual of travellers successfully negotiate their way around foreign parts.

The app has a range of new functions including a conversation mode, where two people can speak to one another in their own tongue with Google translating live, and a scanning mode, which translates text instantly on screen. 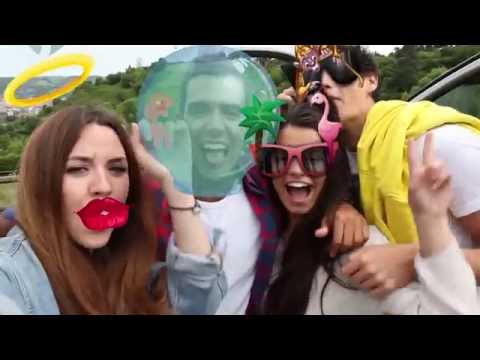 The new social network where not only you can capture what happens in the world, but you can also create easily a whole new world.For the first time, fiction surpasses reality! Now you can create a new dimension of the world, shaped in real-time without editing or retouching, and share it on photos and videos with your friends. Everything is possible thanks to this unique app that gives you endless possibilities. And Mybrana app is FREE!

Revolutionize your selfies and turn any place that has been photographed millions of times, into a brand new original place to last a lifetime in people´s memories.

Discover the Branas! Cool and fun stickers that you can use to create a new more interactive world, a world you've ever seen, a world to have fun and laugh out loud.

Do you have questions, problems or comments about the app? Send us an email to info@mybrana.com, we will help you and take into account your feedback. Become a CREATOR of MYBRANA world!

Tattoos can be a great way to show off your sense of style or immortalize something important to you right into your own skin, but planning out your tattoo is pretty important as the results are going to be permanent. Inkhunter is a cute AR app that allows you to preview what a tattoo might look like on your skin. Simply draw a simple marker on yourself, point your iPhone camera at yourself, and Inkhunter shows you a dynamic preview of the design, with the ability to rotate and customize the design. Users can try out a bunch of preset designs or upload their own, making sure that you'll never regret having that tattoo.

Kids can also get in on the augmented reality fun with such apps as Crayola Color Alive (Android, iOS), which pairs DAQRI's AR with Crayola's coloring books to create interactive pages that bring your kids' drawings to life. The app is designed to work with Crayola's Color Alive coloring books or with downloadable free pages that you print, with additional packs available as in-app purchases. Once your child is done coloring a page, fire up the app, aim at the page, and watch it come to life with a variety of animations and special effects.

THE GOOD: Yelp has an impressive database that makes it perfect for discovering new restaurants and other businesses nearby.

THE BOTTOM LINE: Even with its slow performance and lack of search filters, Yelp's incredible database of business listings and user-submitted data make it a must-have app for every mobile user.

Field Trip is your guide to the cool, hidden, and unique things in the world around you. Field Trip runs in the background on your phone. When you get close to something interesting, it pops up a card with details about the location. No click is required. If you have a headset or bluetooth connected, it can even read the info to you.

Field Trip can help you learn about everything from local history to the latest and best places to shop, eat, and have fun. You select the local feeds you like and the information pops up on your phone automatically, as you walk next to those places. Wikitude is free and not tied down to one particular platform, but its user collaboration element means it can occasionally seem rather slapdash.

There are no standard icons, and the information it offers is sometimes incomplete. However, beneath its slightly ugly exterior lies an augmented reality app with great depth. Most importantly, it works well.

And it looks great too. 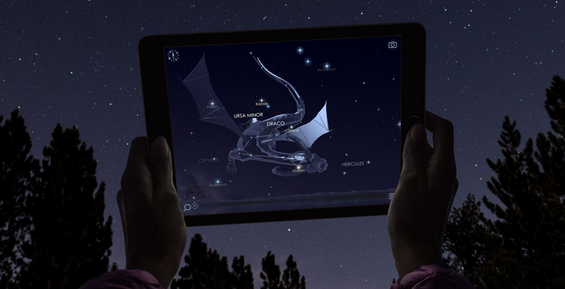 Vito Technologies, which built the original, is back with Star Walk 2. While it may not seem like there is much to improve on, the developers have taken the time to find enough enhancements and new features to justify an entirely new app.

Like the original, Star Walk 2 works by pointing it at the sky to get a real-time view of celestial bodies. As you move it around the app constantly adjusts to show what is out there beyond Earth.