How to play SteamVR through Google Cardboard

Experience VR without spending an entire fortune is the first and best way to get someone introduced to VR.

The HTC Vive is not really portable, and spending around $550 on Oculus Rift with your very expensive high-end gaming PC is not the best buy option.

If you don't have a VR headset and curious about the VR experience, read on about the cheaper and good quality solution With Google Cardboard and a couple of mobile applications, you can dive into the world of Oculus and SteamVR to get a realistic idea of what makes VR gaming so much fun. 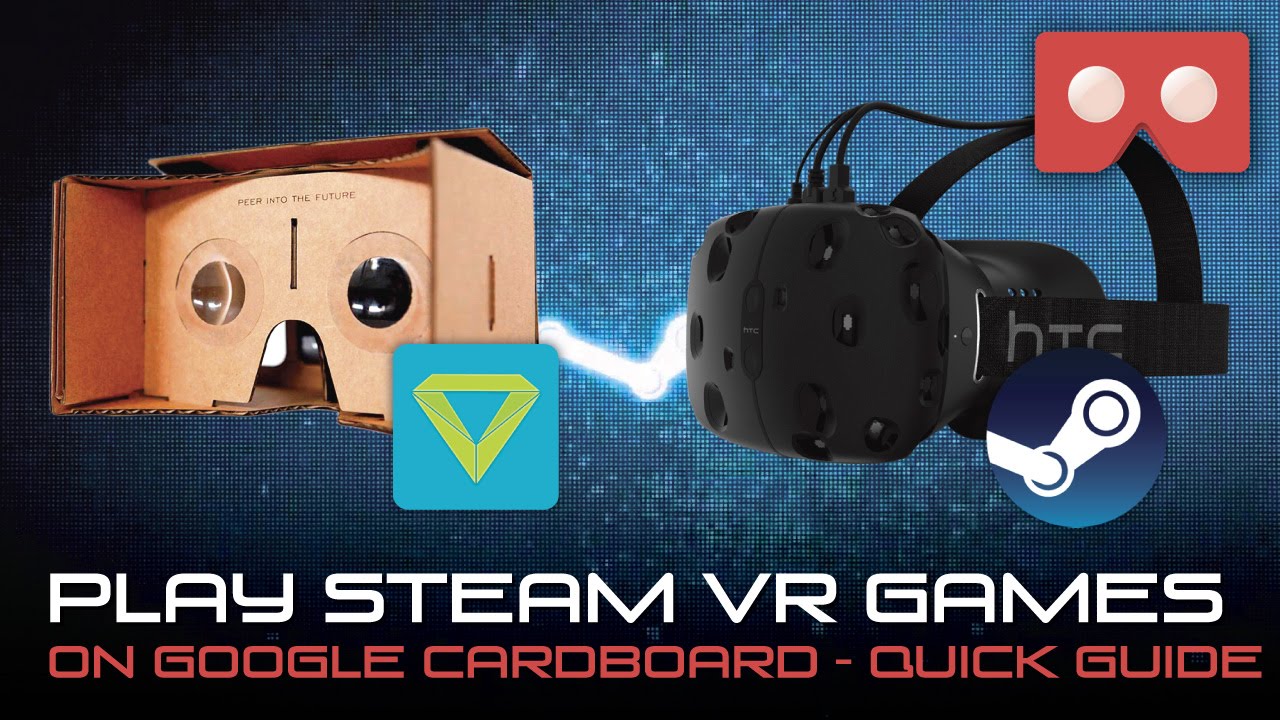 VRidge app enables RiftCat's VRidge technology on Android phone. Transforming your phone to a powerful VR headset screen. All you need is to put it inside a headmount like Google Cardboard and have fun.

Install VRidge on your phone, and install SteamVR on your PC. VRidge will help you to install Riftcat on your PC, and then you will be ready to get started.

The app basically mirrors your VR screens on the mobile device and, more important, can tell your head position using the phone’s on-board positioning systems. Adding hand paddles or body sensing is a bit harder but VRidge’s robust developer community is working hard to add motion sensing to their product and many have tried to use PS Move or Leap Motion and multiple cameras to create whole-room sensing systems.

If you have a compatabile PC for playing Oculus Rift games just, install the Oculus Store on your desktop and VRidge on your Android phone. VRidge will instruct you to install Riftcat on your PC, and you'll be good to go!

VRidge streams everything happening in the Oculus software, so all you need is an Xbox controller ora reasonable facsimile and you'll be able to play many of the games available.

Because your phone can't detect movement in space, games that rely on leaning or standing at times won't work well in this setup. You still get a great passive VR experience, and can access a ton of apps and games, but not everything will work.

If you want hand controllers in VR through Google Cardboard, Leap Motion is how you get there. Well, sort of. You aren't connecting Leap Motion to your phone; instead, you're connecting the small tracker to your PC and mounting it on your headset. This means there is a cable tethering you to your PC, so you'll need to be sure it's the right length and doesn't become disconnected.

Orion doesn't work everywhere yet, but developers are working on tools that will make it easier for your hands to become controllers for every aspect of Steam VR; even the home screen! For the apps that do support Leap Motion, like AltSpace VR, you only need to hold your hands out in front of the sensor to see them in VR.

It’s a clever workaround to a tricky problem: how do you get people to try VR gaming when the entire rig is too expensive for entry-level players? By giving you the opportunity to play these games on commodity hardware, even if you just use the mouse and keyboard for interaction, players can learn to love VR gaming and, perhaps, one day drop a few thousand on a real rig.